If you've been looking for the world's most minimalist titanium wallet, then you've just found it!
From: Magnus Macdonald, Magnusx.com
Dear Friend,
Now, the truth is:
I have personally wanted an ultra-slim and ultra-minimalist wallet for a long time (many, many years if I'm honest).
I've seen hundreds of wallets (and even bought a few of them) ...but none of them were quite right. I was determined to get my "dream wallet" ...even if I had to make it myself.
Not only that but, I've had literally hundreds of customers asking (and even begging!) me to design and make such a wallet for them. And so, around a year ago, I finally designed and made such a wallet.
I called it the TiWallet™ ...and we sold hundreds of them.
But here's the thing:
Over the course of using the TiWallet™ for a year or so ...there were a few little things I wanted to improve on it to really make it the "Holy Grail" of wallets.
Long story short...
After some tweaking and prototyping the new-and-improved "V2" version of the TiWallet™ is ready:

Let's get straight into the details of what makes this wallet the "Holy Grail" of minimalist wallets...

The TiWallet™ is precision machined from a solid block of Grade 5 Titanium.

There are no other materials involved ...and so there is nothing to wear-out over time. This truly is a titanium wallet that will literally last forever.

Over 90%+ of the material is machined away from each solid billet of Titanium to produce the TiWallet™. 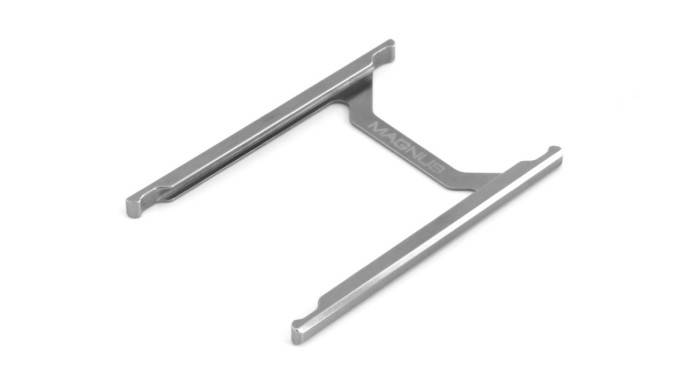 There will be three different versions of the TiWallet™ - 4-card, 6-card and 9-card.

The original TiWallet™ only came in 6-Card and 9-Card versions - but this new version will also offer a slimmer 4-Card option.
The photo below is of the 4-Card with the 6-Card version: 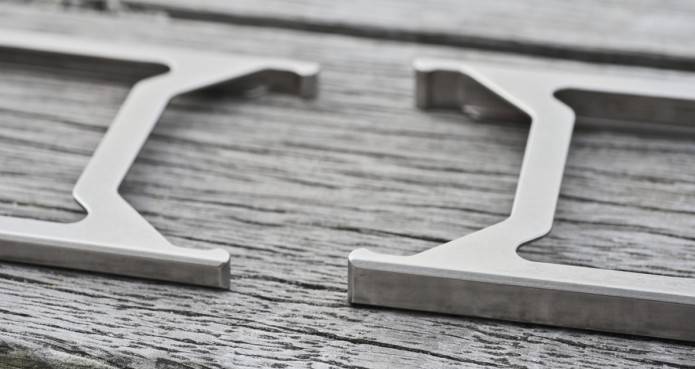 With the TiWallet™ your cards are held 100% securely. Using the highly "elastic" nature of Grade 5 Titanium the channels along each side "flex" open to accept your cards.

And, when you put your cards in, the TiWallet™ then "clicks" closed to firmly grab your cards on all four corners.
Even if you drop your TiWallet™ ...your cards are not going anywhere! 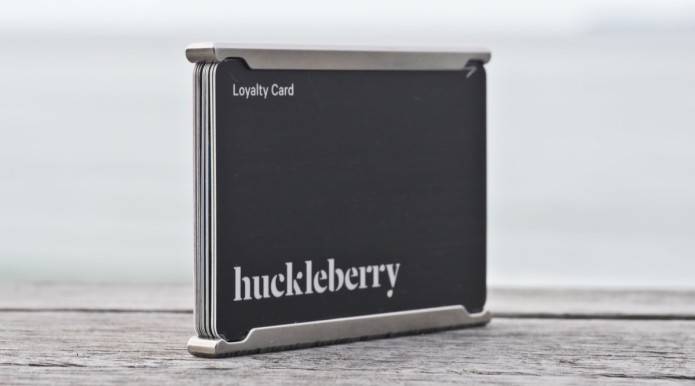 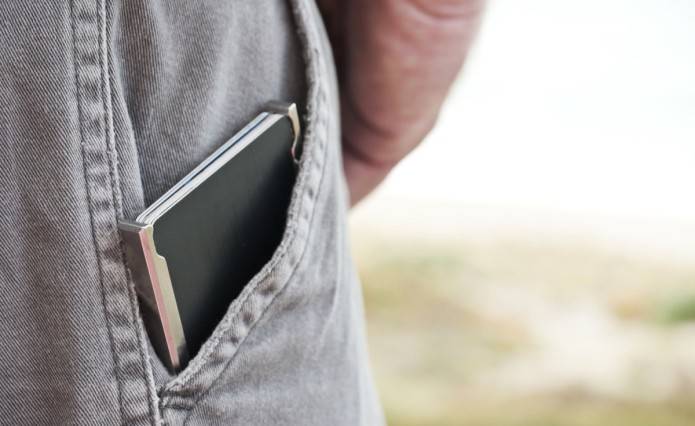 Because of the open style of the TiWallet™ you can put your I.D. facing the outside.
Personally, I've found this incredibly useful whenever I'm required to show I.D. (no digging around for my card - just show them the whole wallet. Oh, and I seem to get lots of comments about it being a "cool wallet" when I do this - which is always fun)

You've probably already figured it out but...

The TiWallet™ is ultra-light and weighs barely 21 grams (0.7 oz.) for the 6-Card version. You will barely feel this wallet in your pocket!

Here are the thickness of each of the three versions: 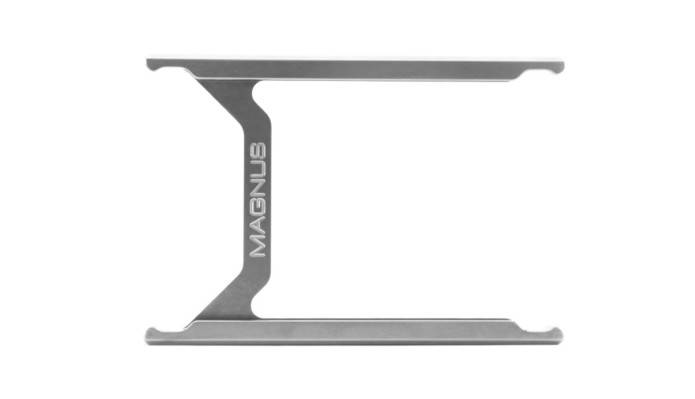 One of the things we're known for is the proprietary surface finish we put on the various titanium products we make.

The TiWallet™ will be getting this same one-of-a-kind finish - which results in a silky-smooth surface together with rounded corners and edges. 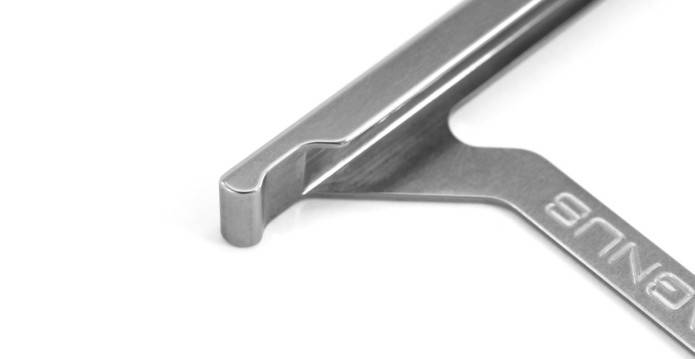 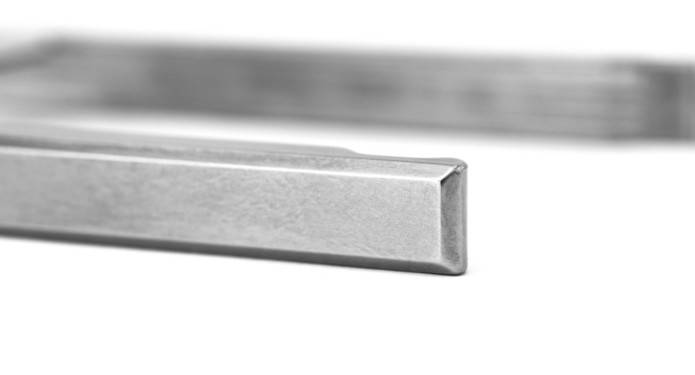 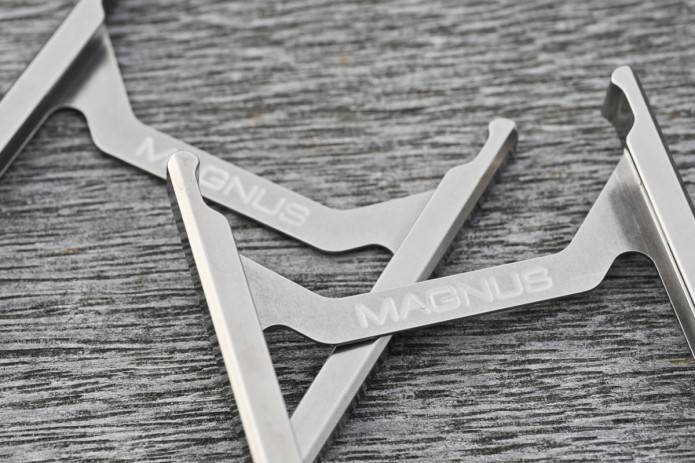 From start (raw titanium sheet) to finish (packed and ready to ship) every part of the manufacturing is done in-house here where I live in New Zealand.

The TiWallet™ will be precision CNC machined on THIS machine right here: 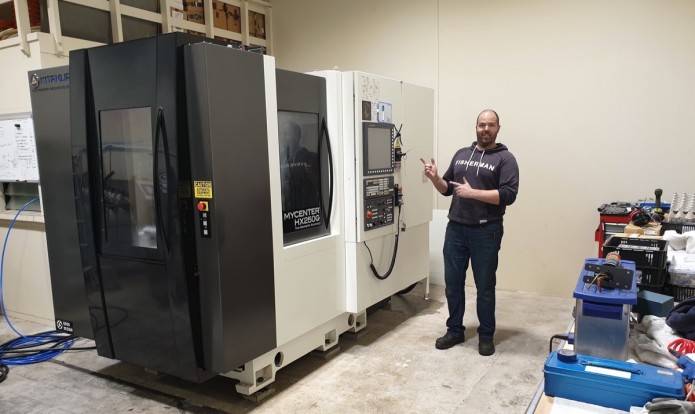 ​P.S. Finally ...I urge you not to MISS OUT on securing your Minimalist Titanium Wallet... because I simply can't guarantee I'll be producing it indefinitely. For this reason it is critical you click the ‘Order Now’ button RIGHT NOW!