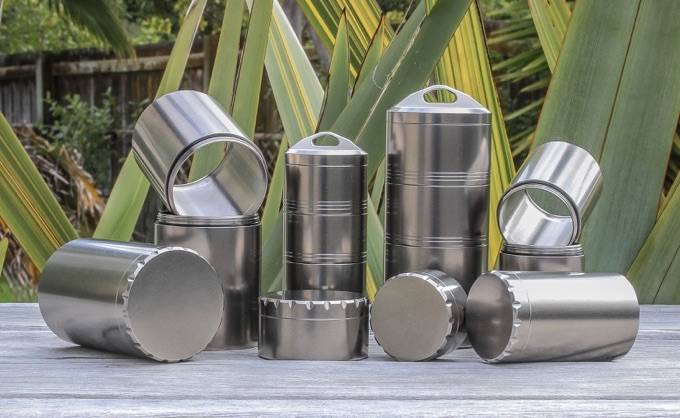 Finally, designed for every-day use...

"They Laughed When I Said

Until I Showed Them This!"

"Discover How You Can Get Your Hands On The World's Greatest Titanium Modular Pill Box And Everyday Carry (EDC) Cache -- Your Friends Will Envy You... GUARANTEED!

If you want the safest and most customizable pill box and everyday carry cache ever produced, then you’ve just found it!

Before I continue, I have a quick confession:

This project happened because I was scared.

I was fearful of my young, 5-year-old son getting into the headache pills I keep in my bag (a laptop bag I carry with me daily). Every day I would get visions of my young son getting into the packet of headache pills thinking they were sweets.

Basically, I was ‘forced’ to produce what I’m about to reveal to you.

And here’s where it gets interesting…

I showed initial designs to some of my previous Customers… and the response was nothing short of mind-blowing!

They demanded I produce these. And so I knew these were going to be a game changer.

I continued testing, tweaking and re-designing.

And so -- after a lengthy phase of development -- I’m now ready to reveal the PillPots™ to you... The PillPots™ are not just for vitamins, supplements and such. Not even close.

When I set about designing the PillPots™ I made sure it could hold a boat-load more than just pills. The number of different things the PillPots™ can carry is staggering!

Here's what I'm talking about: Did I mention the PillPots™ are 100% Watertight?... it's as if they were designed to carry matches when you go camping! (This model is the 'L28' PillPot™) Not only are the PillPots™ Watertight -- they're airtight too!... perfect for carrying things like high-quality tea. The ultra-compact 'S22' PillPot™ was pretty much designed for things like lip-balm, medical-cream and so on...

If you're not already familiar with my work and previous projects - I may as well confess to you now:

I have obsessive-compulsive personality traits that literally "force" me to only produce stuff that is usually unique, often "over-engineered" and always tested-to-death.

​In fact, some of the people I showed the initial PillPots™ concept to laughed at the idea (probably because they didn't think it could be done!). But, hey, who cares about the "haters", right?

These personality "flaws" drive the people around me absolutely insane... but it does mean you get access to products no one else dares to make!

In fact, just to prove this...

Here are just some of the "need to know" things you need to know about the PillPots™: Here are the 'S28' (right) and 'S22' (left) PillPots™ next to a standard 'AA' battery -- this shows you how ultra-compact these models really are! 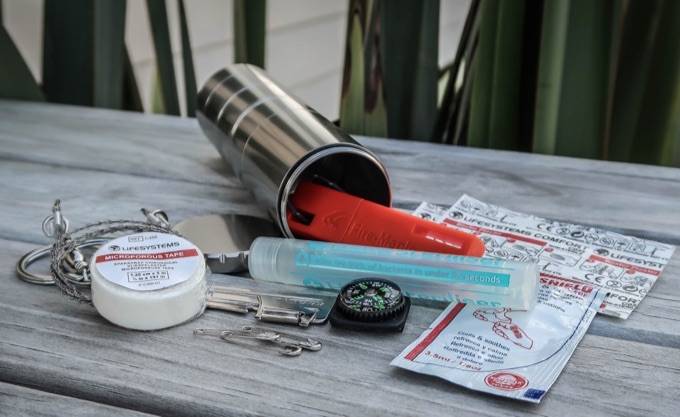 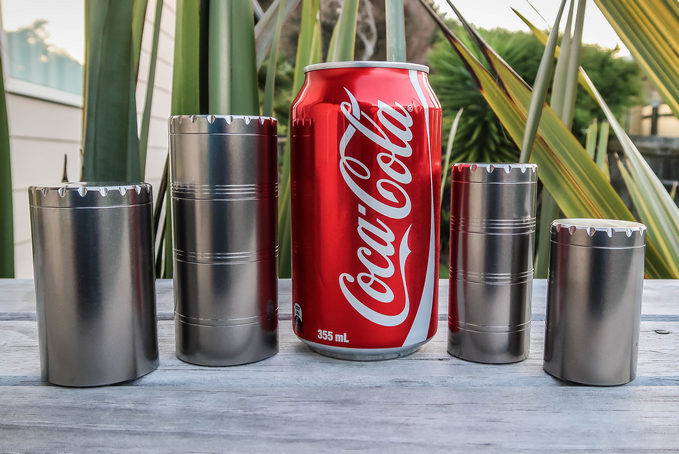 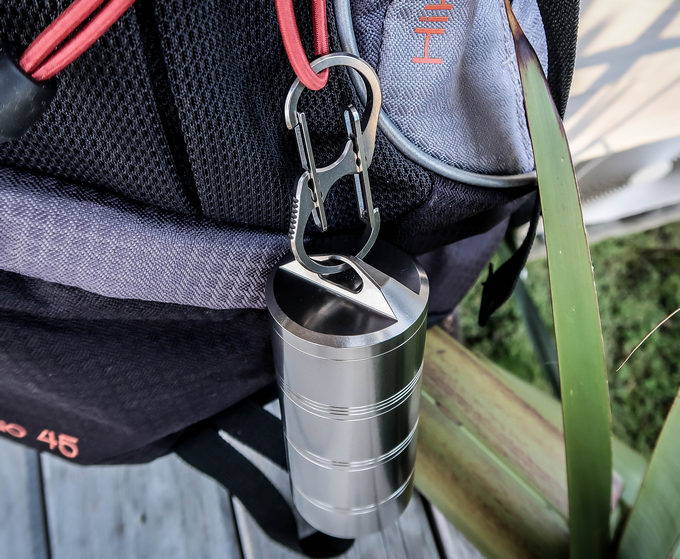 ​From previous projects I’ve managed to gain hundreds upon hundreds of die-hard Customers and raving fans!

​I think it’s important you know what you’re letting yourself in for when you invest in the PillPots™. Here’s just a small sample of the frequent emails and messages I receive all the time from Customers: Okay, I'm nearly done, but...
The full PillPots™ system is so customizable I really need to take the time to break it down a little more and explain it to you:

​
All the PillPot™ designs are available in two different sizes.
​There is a compact 28mm (just over 1") version and an ultra-compact 22mm (just over 3/4") version. These sizes are the external diameters of the PillPots™. 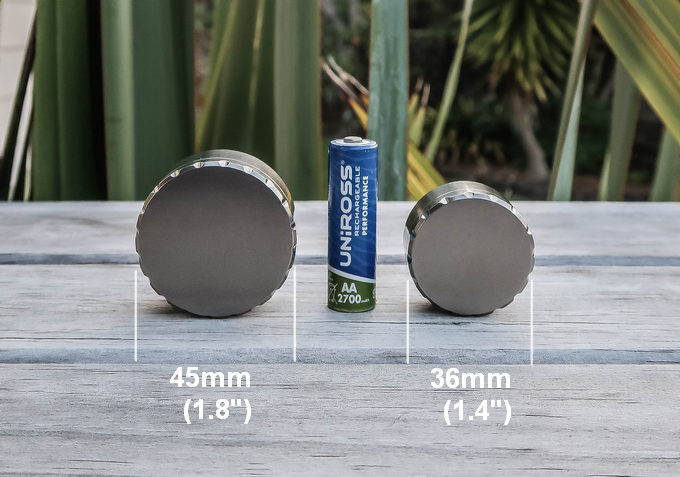 ​This is one of the truly unique parts of the PillPots™ ...

Three "extension" pots are available... and each one is individually marked so you can quickly and easily identify them: And here and the lengths of the larger 36mm and 45mm diameter versions: 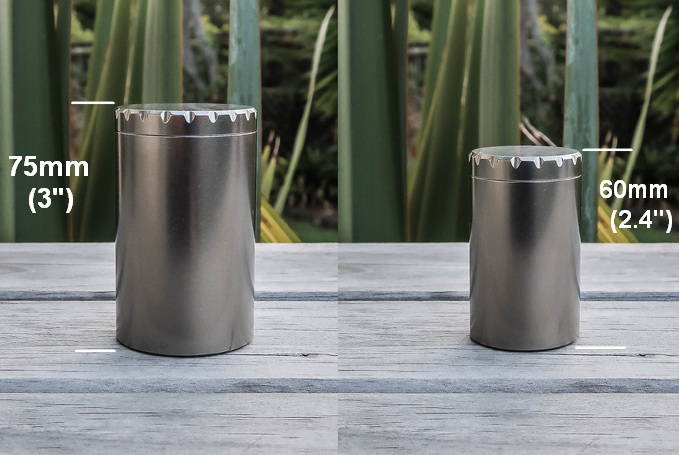 To make maximum use of space -- and to reduce weight to an absolute minimum -- the inside of the PillPot™ has a "stepped" design.
Here's a cross-section of one of the PillPots™:
(Note: The thickness of 'base' and 'walls' is not exactly to scale on this drawing - the actual thickness of the 'walls' on all the PillPots™ is just 1mm!) The "looped" cap of the PillPot™ allows you to hang your PillPots™ from your bag, keychain, or wherever you like: Some of the PillPot™ models come with an ultra-minimalist "notched" cap.

This ensures the PillPot™ is as compact as possible... while still allowing you to quickly and easily screw the cap on and off: You'll like this...
The O-Ring sealing system on the PillPots™ has gone through a ton of development - and it serves two purposes:
#1 - The O-Rings provide a water-tight and air-tight seal for whatever you decide to put in your PillPots™.
#2 - The O-Ring seals also ensure a smooth, friction-fit for the caps and "extension" pots.
This means they simply cannot become "seized" or "jammed" (no matter how hard you try to tighten them!)
Not only that, but it is also impossible for them to accidentally unscrew themselves. The threads on the PillPots™ have been custom-cut using high-precision CNC-machining.
The threads have a specific "coarseness" so, when screwing on a cap or extension pot, it "grabs" quickly and easily... and guarantees you can't mis-thread it!
Additionally, it only takes a couple of quick twists to screw the cap or extension pot on or off fully!

​Because you're likely to be carrying your PillPots™ with you - the surface finish is critical.
This is why your PillPots™ get my proprietary finishing treatment designed specifically for this reason.
This process ensures an incredible, buttery-smooth finish unlike anything you’ve ever felt (...unless you've bought from me before!) I've had a many people ask me for extensions so they can make their PillPots™ longer.

And so I've just produced what I call "Bottomless" Extensions. 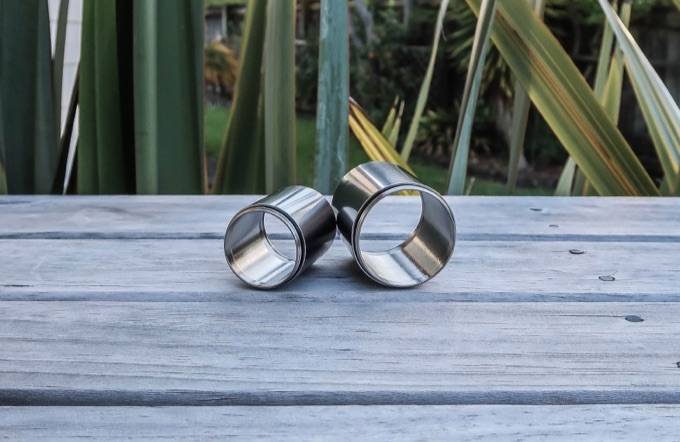 Here are just a few of the ways you can configure the PillPots™: ​​What YOU need to do now is decide which PillPots™ are going to work best for you:

​Below are some additional PillPot™ “Add-On” components available to you...

​P.S. Remember ...you will never be able to get these PillPots™ this cheap again ....ever! Can The Cap Of The PillPot™ Get 'Jammed' Or 'Seized' On?

No. It's impossible for this to happen.

I've engineered the PillPots™ so the O-rings act to provide both a smooth friction fit... and to stop you from being able to over-tighten them.

Not only that, but I've also tested (and tested... and tested...) the PillPots™ to ensure they function perfectly.

Simply put: You're going to have years, actually make that decades, of trouble-free PillPot™ use.