You're on this page right now because I really appreciate your support and want to thank you with a very special deal.
I'm going to slash a FULL 50% OFF the price of our "V4" TiTweezers™ and Titanium McDangle™ "Mini" ...when you order them together. I'll give you all the details of the TiTweezers™ first ...and then I'll provide you with the details of the McDangle™ "Mini" (you can order at the very bottom of this page).
The TiTweezers™ "V4"...
With these fourth-generation TiTweezers™ we've made two changes:
#1 - A few more "tweaks" to the tips to improve them further than the third-generation .
and
#2 - The overall design has been completely re-developed so they look somewhat similar to the first-generation ...because, simply put, I kept getting asked again and again for this. 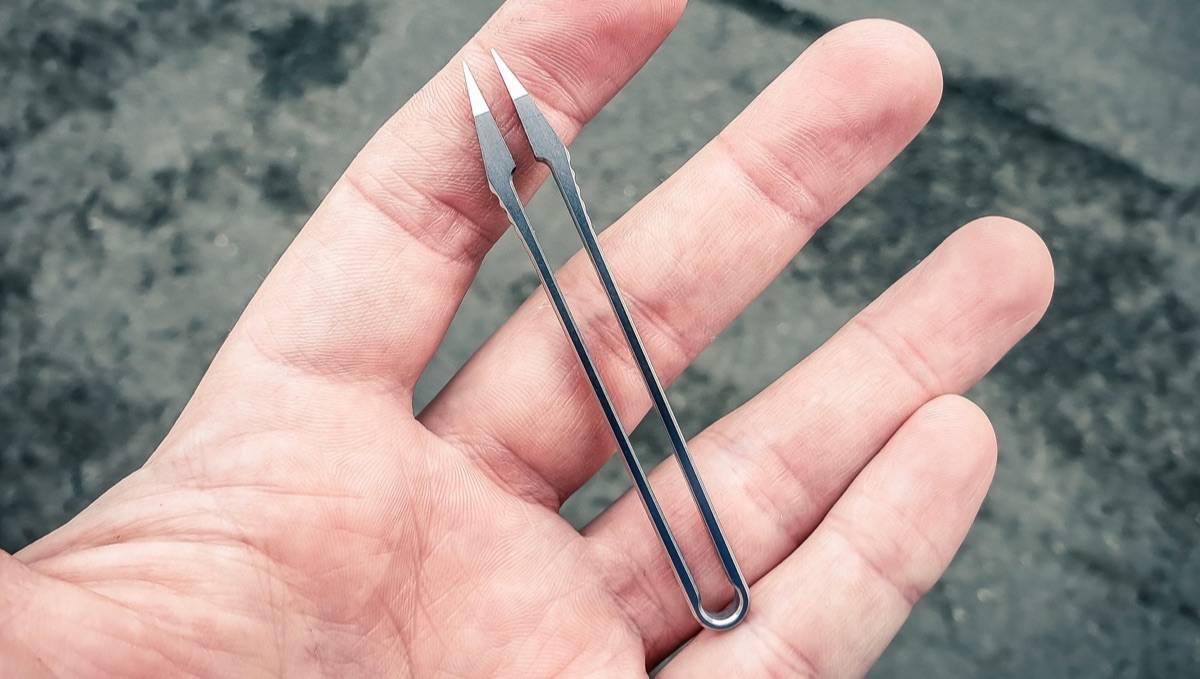 A quick thing to mention...
The photos on this page are of the tweezers before the tumbling/finishing process - your tweezers are fully-finished and tumbled though. 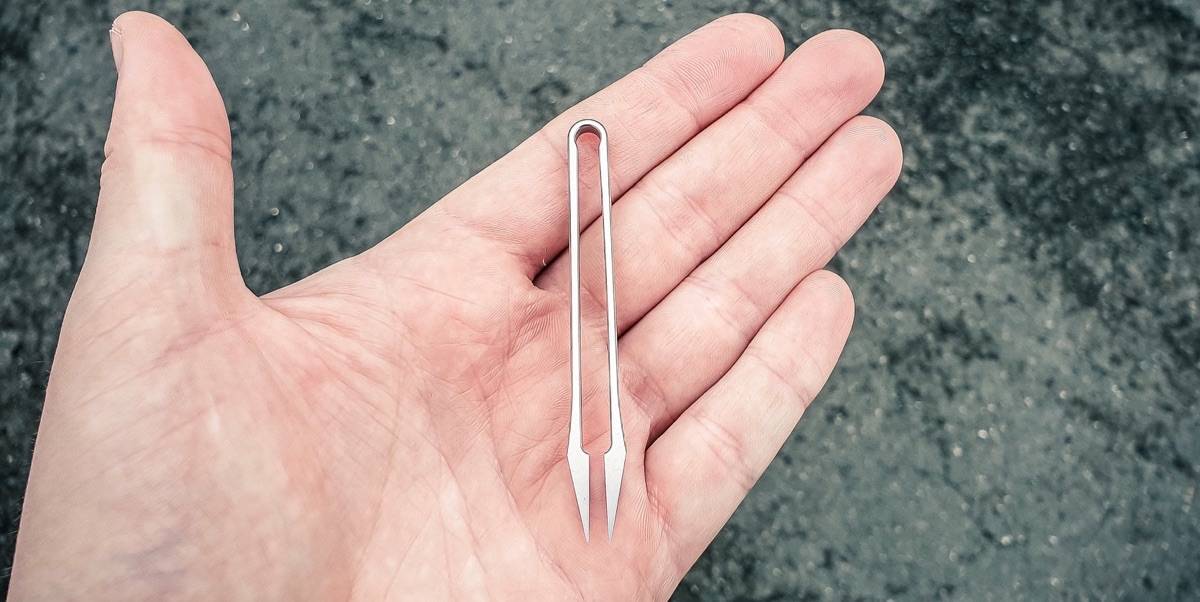 These one-of-a-kind Titanium Tweezers are machined from a solid block of Grade 5 Titanium.
Grade 5 Titanium has more elasticity (that’s a fancy engineering word for “springiness”) than steel and other lower-grade titanium such as Grade 2 or Grade 3. This magical property of Grade 5 Titanium allows me to produce a design that cannot be made any other way.
Not only that but, titanium is the best material for tweezers because it’s Hypo-Allergenic. Basically, these are the safest tweezers available. 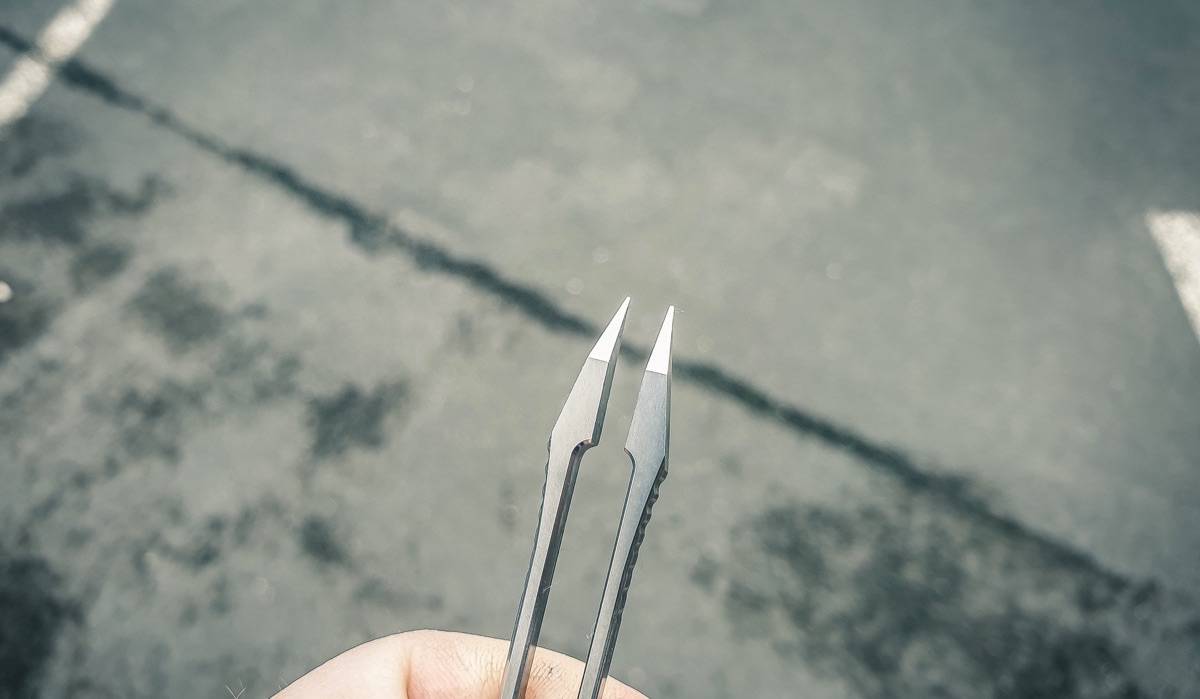 The finger-grips have been improved since the last version too (providing a LOT more gripping power for your fingers): 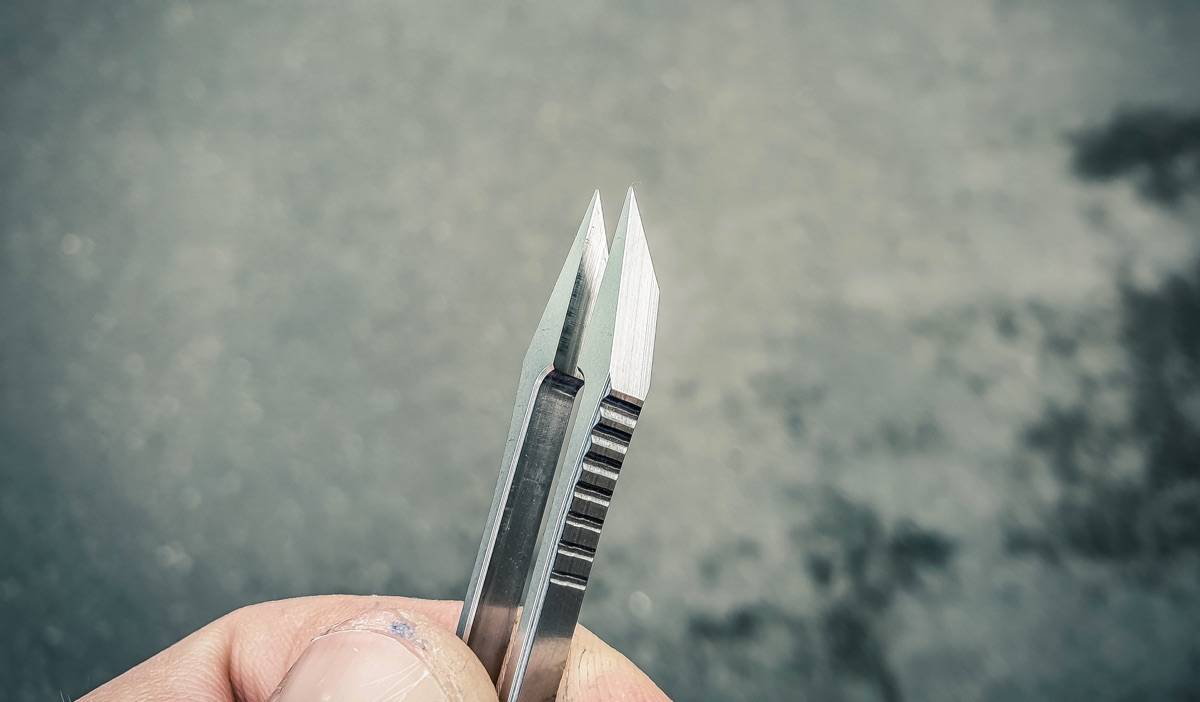 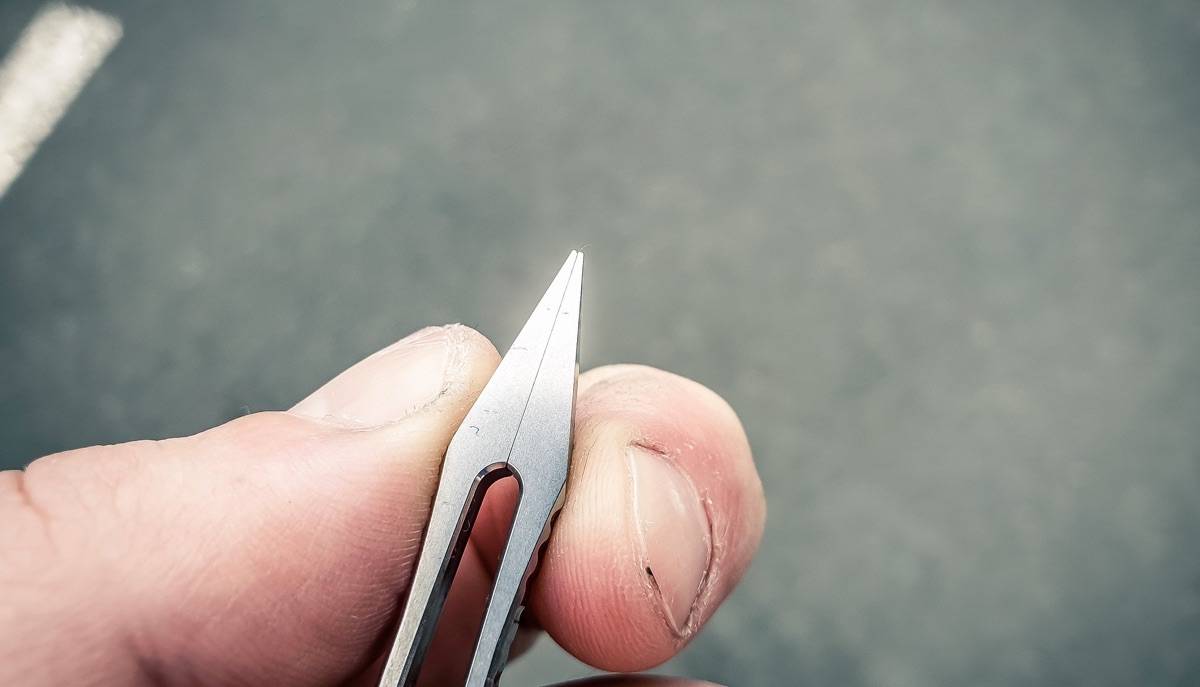 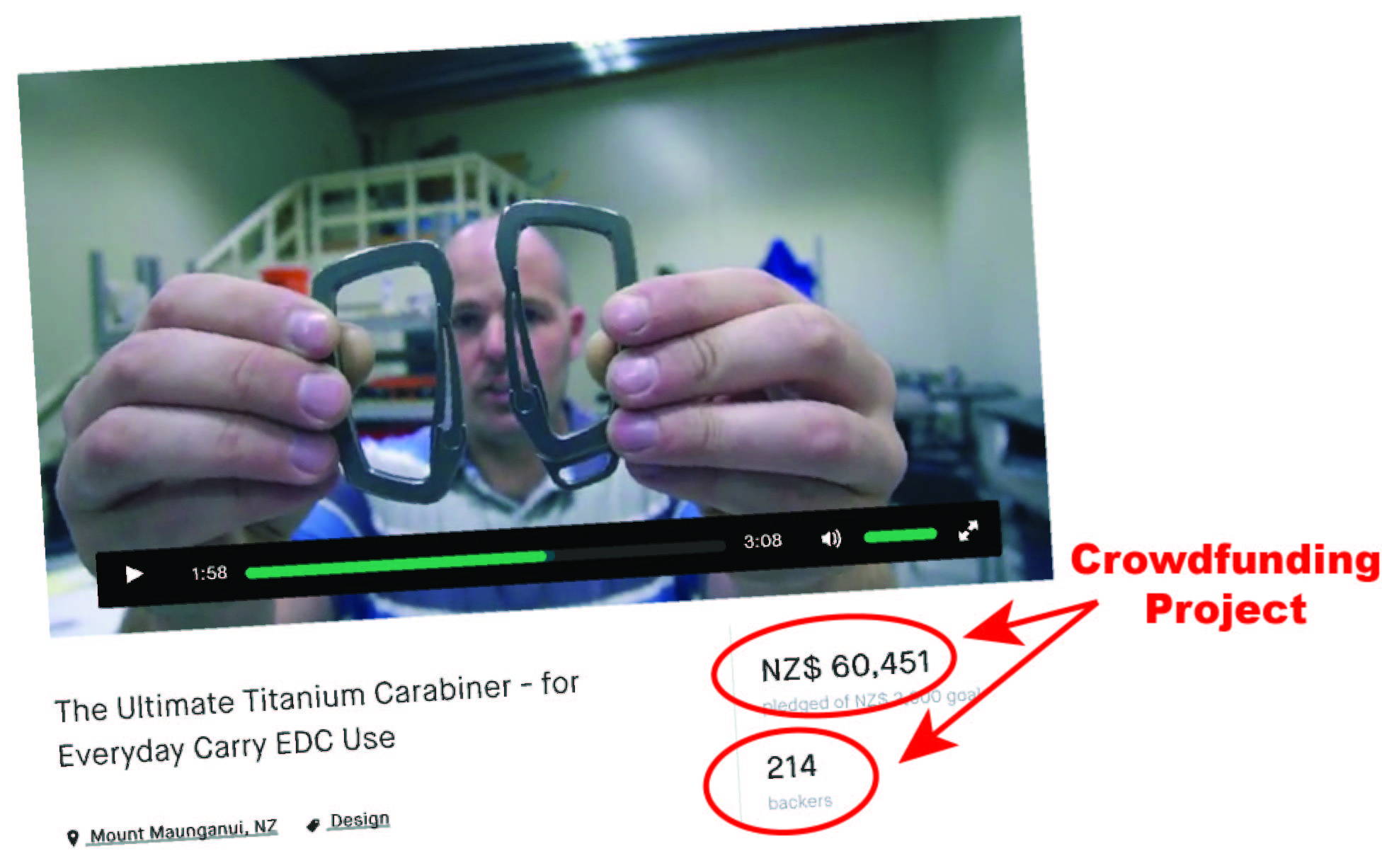 Long story short:
Although the McDangle™ was MASSIVELY popular ...I still had non-stop messages, comments and emails from people asking me to make a smaller version.
So, after investing in a new cnc-machine, I've taken the time to design and develop a new version of this Titanium carabiner which I'm calling the McDangle™  "Mini". 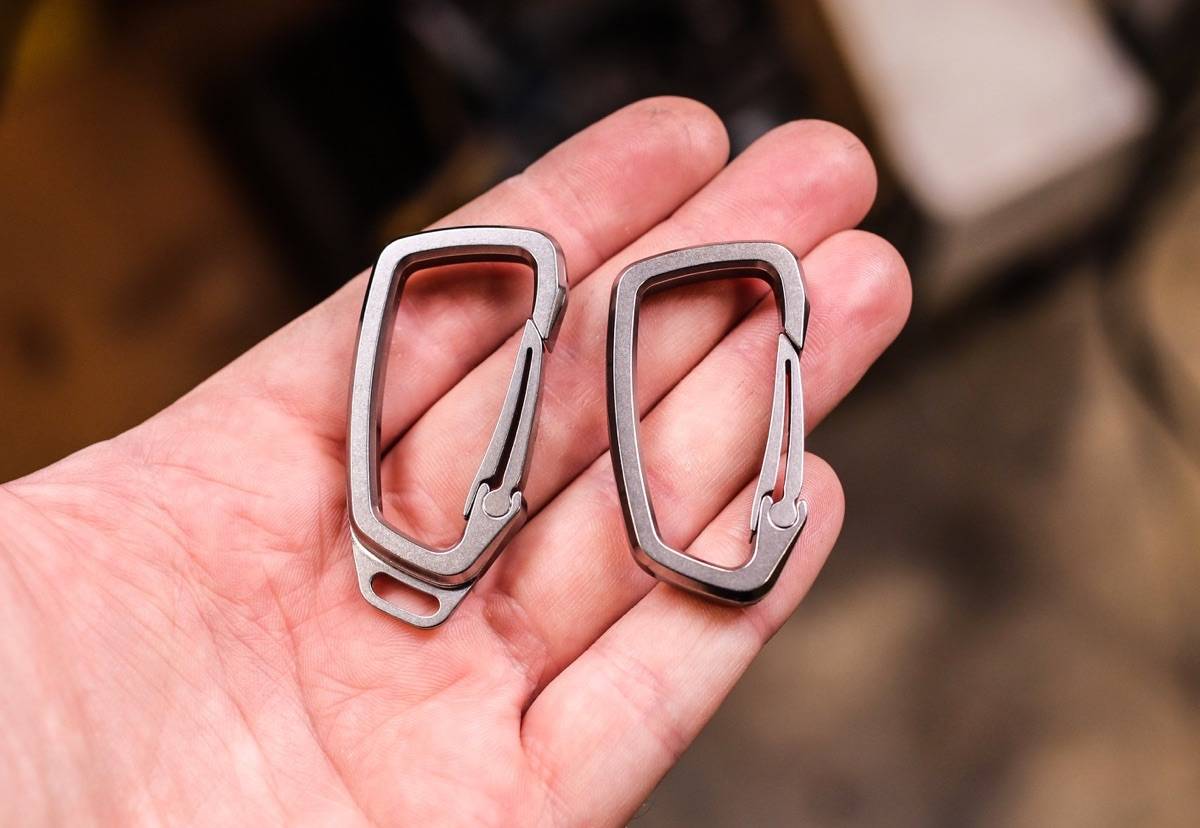 Although this new, ultra-compact McDangle™ "Mini" is smaller than the original ...it is identical in every other way (it's essentially just a scaled-down version!).
Here's the new "Mini" version next to the original, larger McDangle™ so you can see the difference in size: 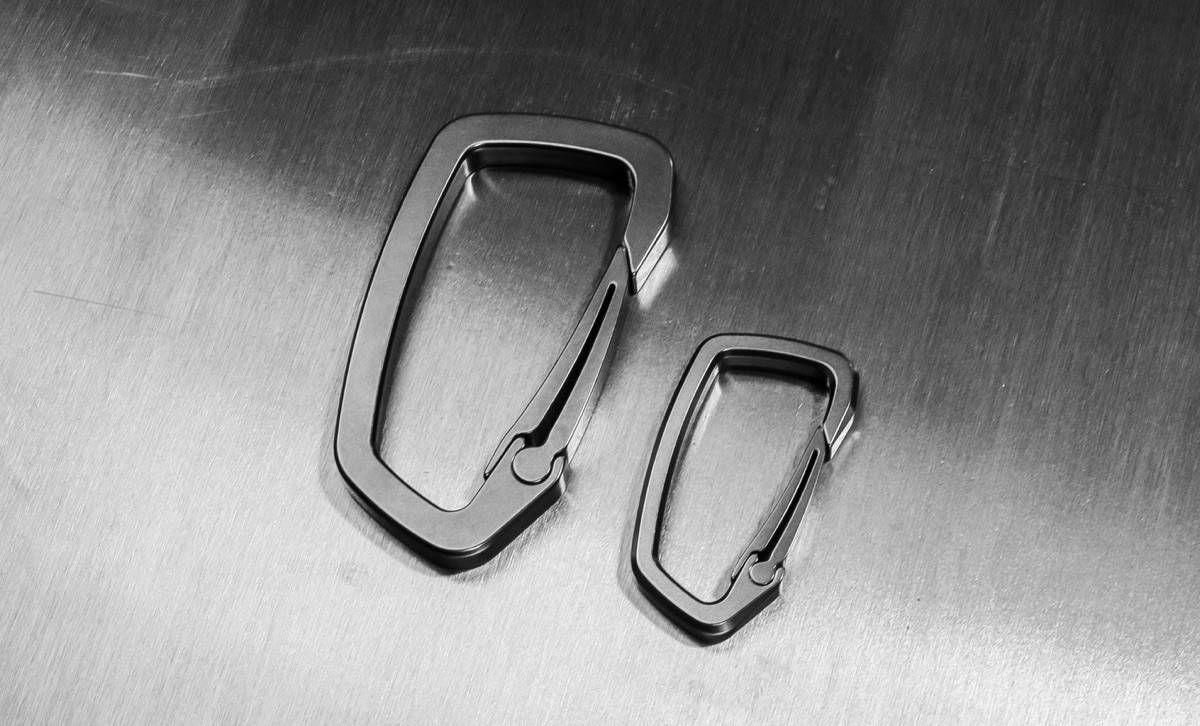 Now here's the thing...
Because this new McDangle™ "Mini"  is virtually identical to the original version - it boasts the same never-before-seen design features as the original version.
If you scroll down I'm going to take the time to highlight and explain some of the unique features of the McDangle™ "Mini".
NOTE: You'll see photos of both the original large McDangle™ and the new, McDangle™ "Mini"  below (I've done this because it is easier to see the important "little details" on the larger version - but, just to repeat, both sizes are almost identical in design).
How the McDangle™ started (quick story!)...
Over the years I've bought a number of carabiners (many of them from Kickstarter) - but I've never been 100% happy with any of them.
The biggest "issue" I found was that, while a few of the carabiners I've owned looked great, this was usually at the expense of functionality (almost always there would be "side play" in the gate part of the carabiner).

After a lot of development, testing and tweaking I managed to come up with a design which should be the last carabiner I ever need. 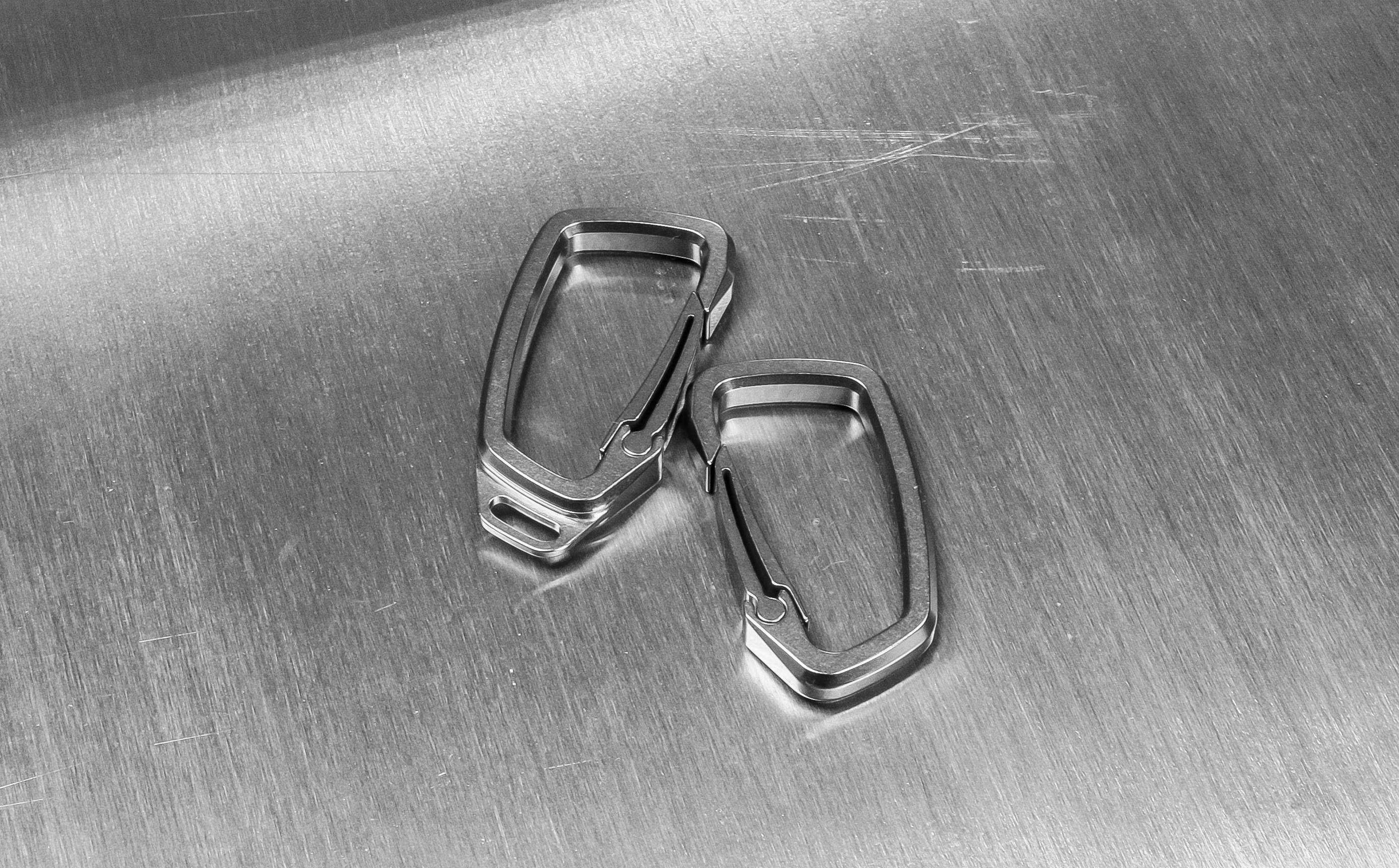 Let's get straight into the details of the McDangle™ "Mini"...
Grade 5 Titanium
If you're familiar with my work, then you'll know I only produce products from Grade 5 Titanium. I do this because I make things with the aim of them lasting ...literally forever!

Grade 5 Titanium specifically has around 30% more "elasticity" than, say, ordinary steel (and some other titanium grades as well) and this is absolutely critical to the "spring" function of the gate of the McDangle™ "Mini" .

To put it another way... only Grade 5 Titanium has the specific properties required to allow the gate of the McDangle™"Mini" to function as it does.

Did I mention that Grade 5 Titanium is 100% corrosion resistant (actually, it's pretty much everything resistant!). 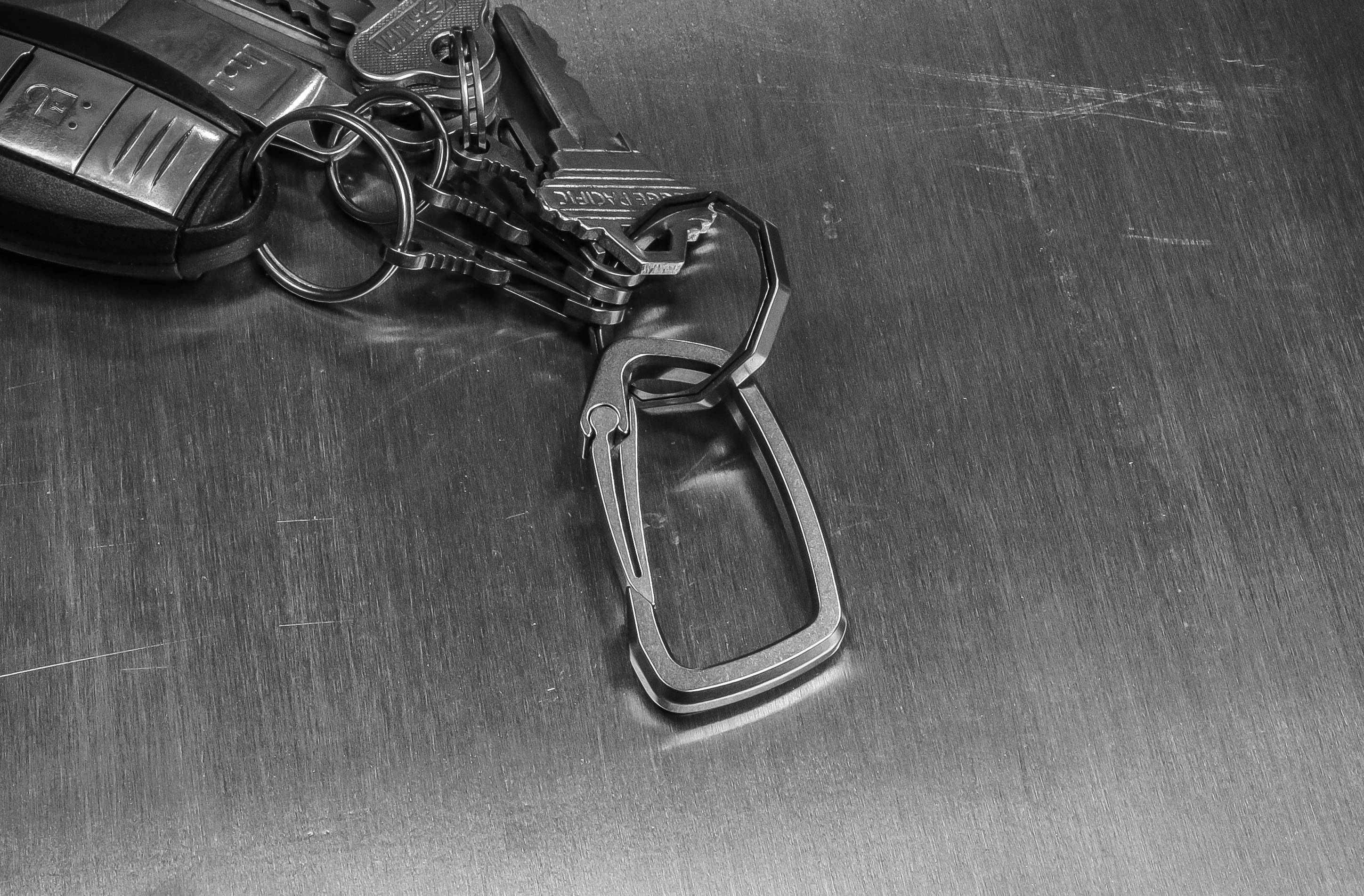 Precision CNC Machined
The McDangle™"Mini" will be entirely precision cnc-machined on a Japanese-made CNC milling machine. This is critical for the ultra-tight tolerances between the gate and the body. Ultra-Secure 'Gate'
One of the criteria the McDangle™ "Mini" had to meet was to have absolutely no risk of it accidentally opening and slipping off whatever it is attached to.

I achieved this by doing two things in the design: These two design elements GUARANTEE the McDangle™ "Mini" can never accidentally become un-clipped.
No Screws
You've no doubt noticed there are no screws or such holding the gate into the body. And, quite possibly, you're thinking, "Magnus, how does the gate not fall out?"

I've machined a "shoulder" into the body of the McDangle™ "Mini" ...and there is a "groove" in the gate that allows it to slip onto this shoulder: As you can see in the photo above... whether the gate is open or closed on the McDangle™"Mini" - it's physically impossible for the gate to come off. It's not going anywhere!
Smooth Action
One thing I wanted to make sure the McDangle™"Mini" had was a smooth, working action - this was critical (there is nothing worse than something with a "gritty" feel to it!)

The movement of the gate of the McDangle™"Mini" is very smooth because of the precision cnc-machining we do to it ...and also due to the tumbling/finishing process it goes through. This combination of things ensure the action of the gate is buttery smooth!
NOTE: The image below is of the large McDangle™ (NOT the "Mini" version)

Proprietary Surface Finish
As with all my titanium products... the McDangle™"Mini" is going to get my one-of-a-kind surface finish.

The finish has a matte look that is somewhat (but not completely) resistant to scratches. But, hey, the McDangle™ "Mini" is design to be used and abused! 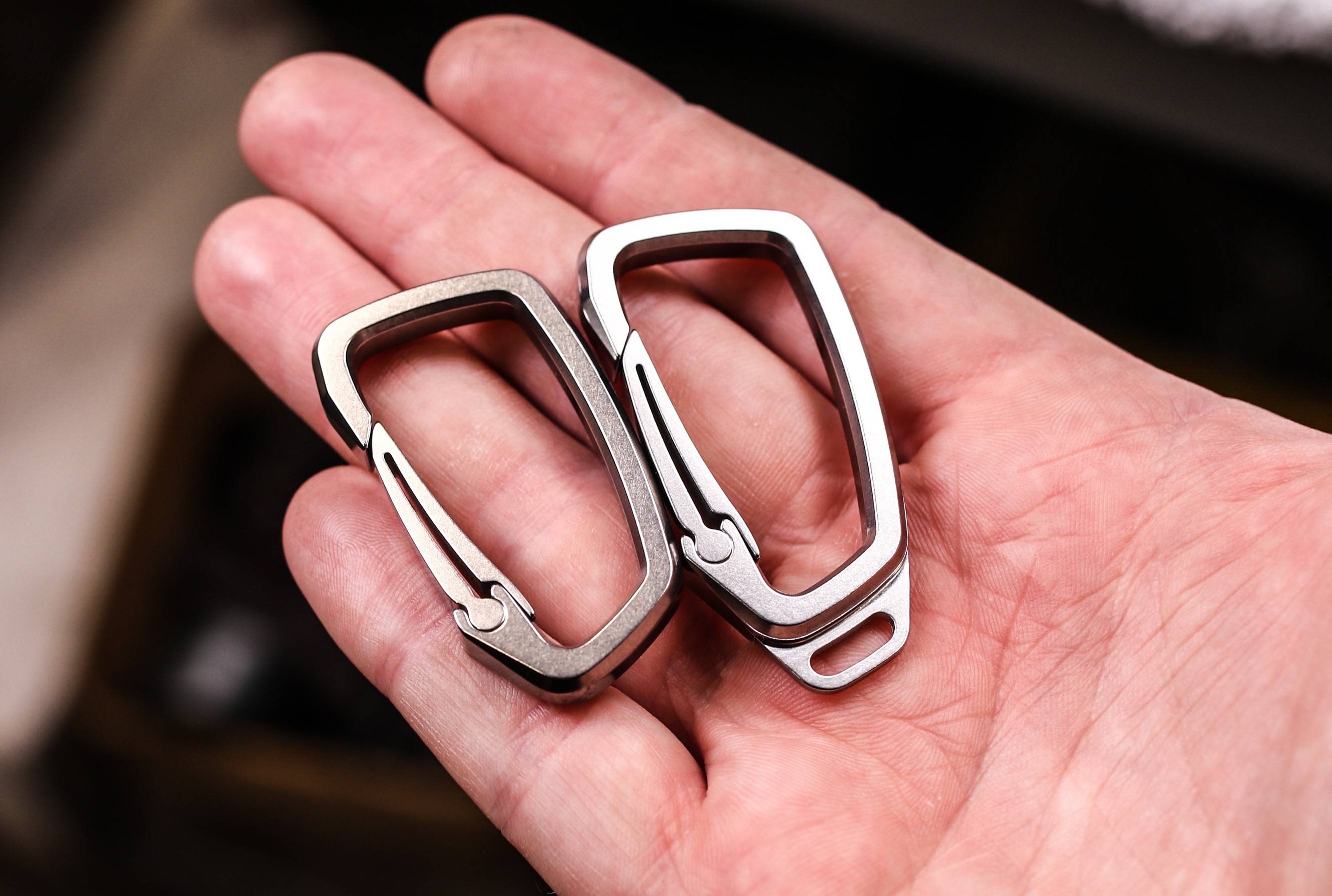 The Standard Version and the Loop Version... 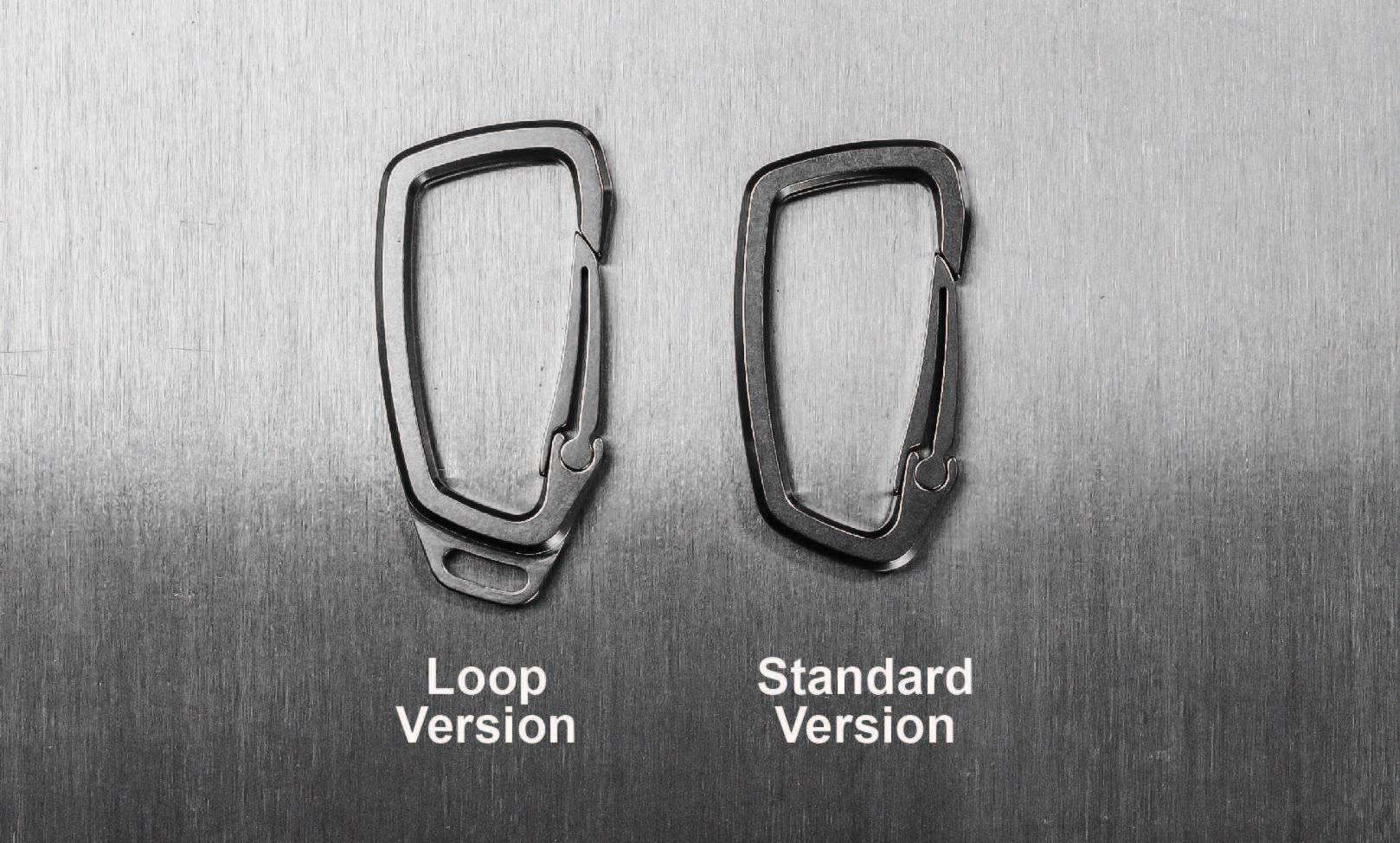 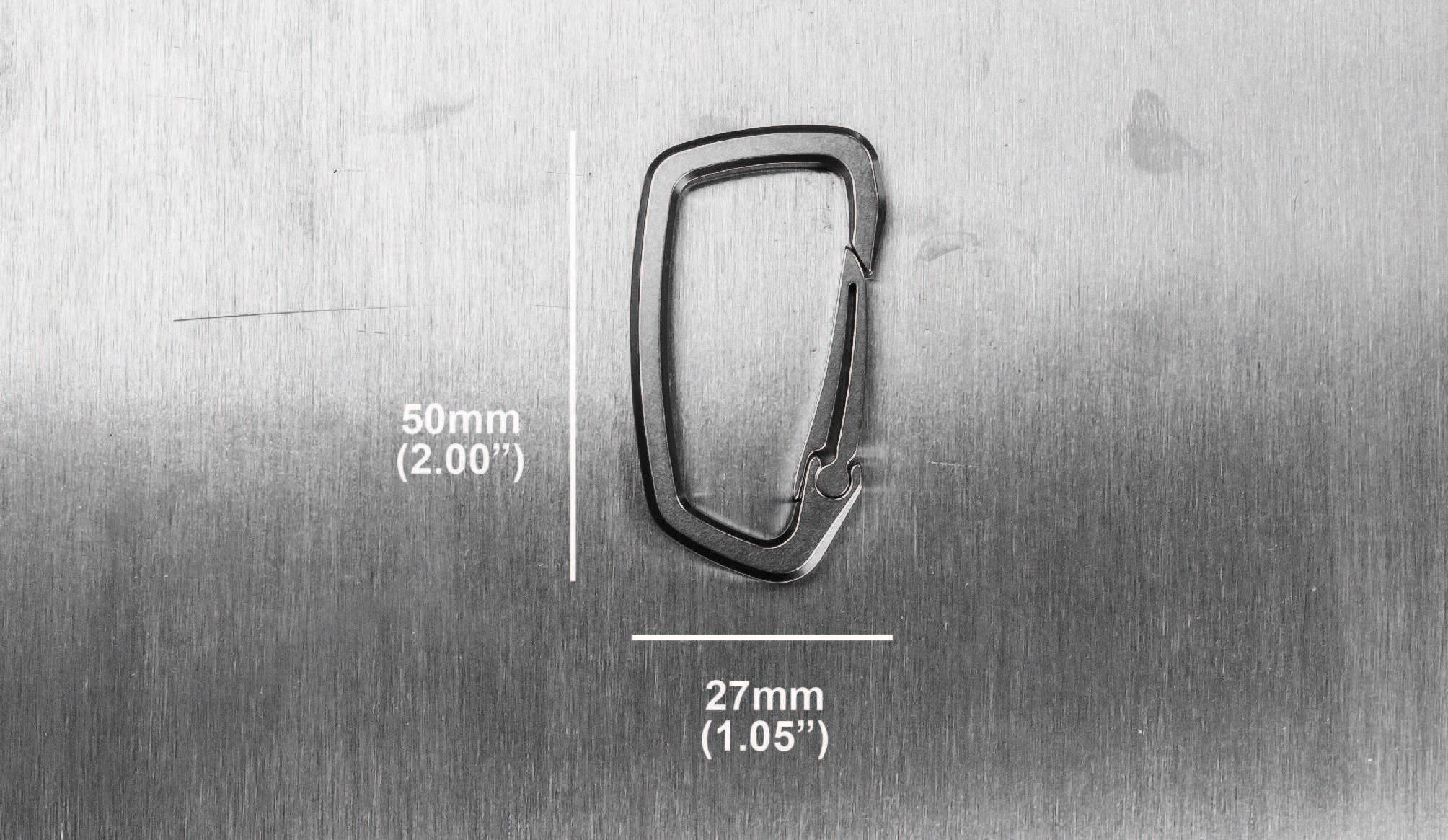 By clicking the ORDER NOW button below I'm going to be
getting my McDangle™ "Mini" (Standard Version) AND TiTweezers™ "V4" at 50% OFF RIGHT NOW! 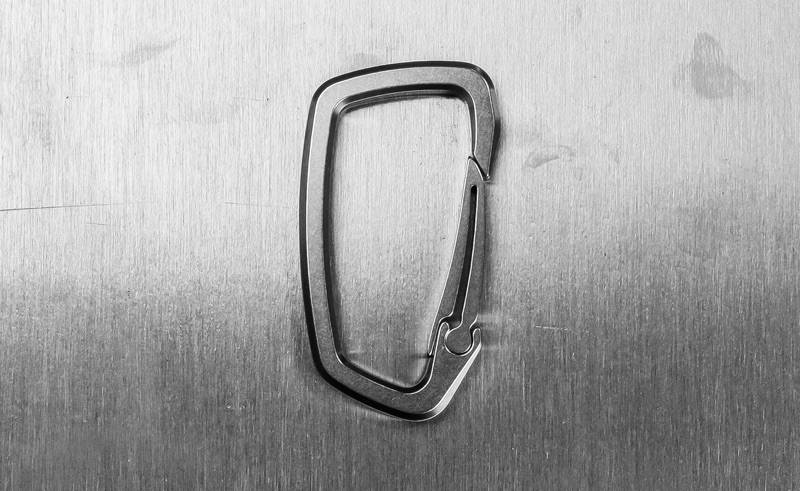 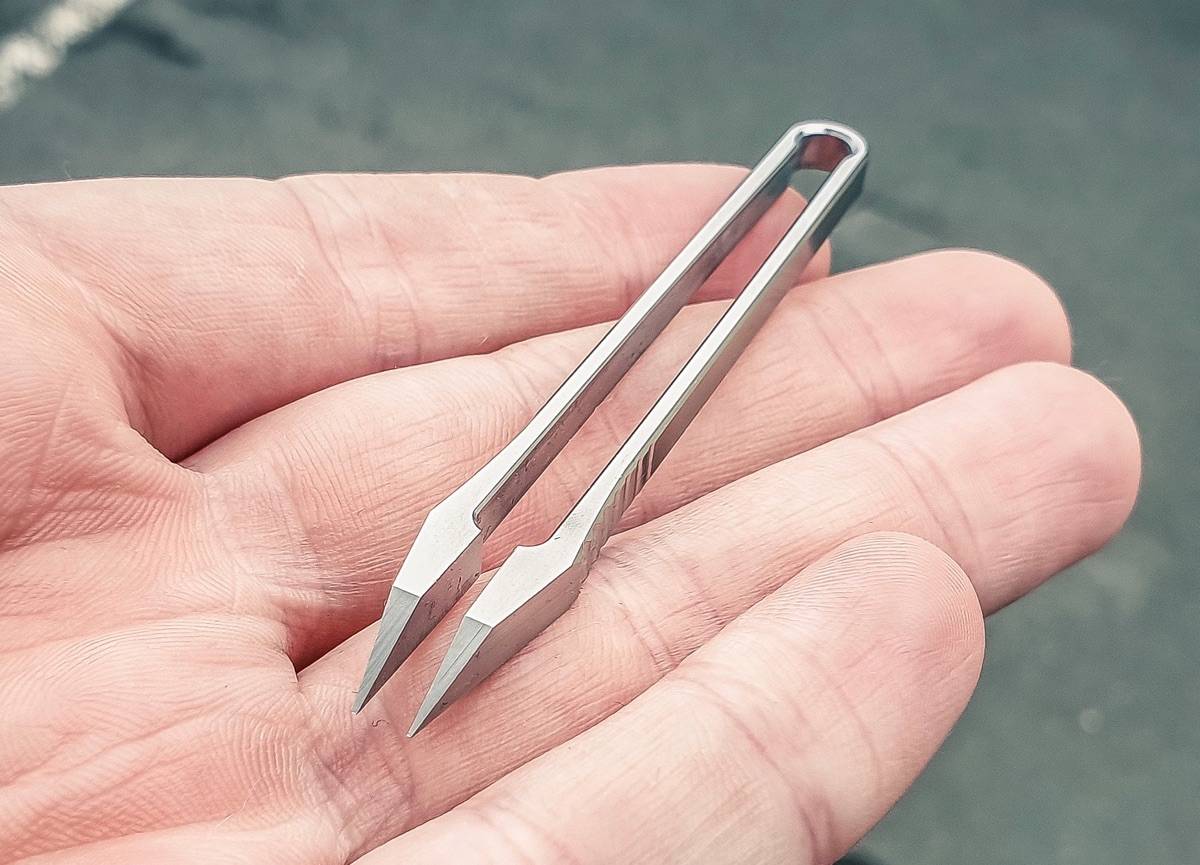 By clicking the ORDER NOW button below I'm going to be
getting my McDangle™ "Mini" (Loop Version) AND TiTweezers™ "V4" at 50% OFF RIGHT NOW! 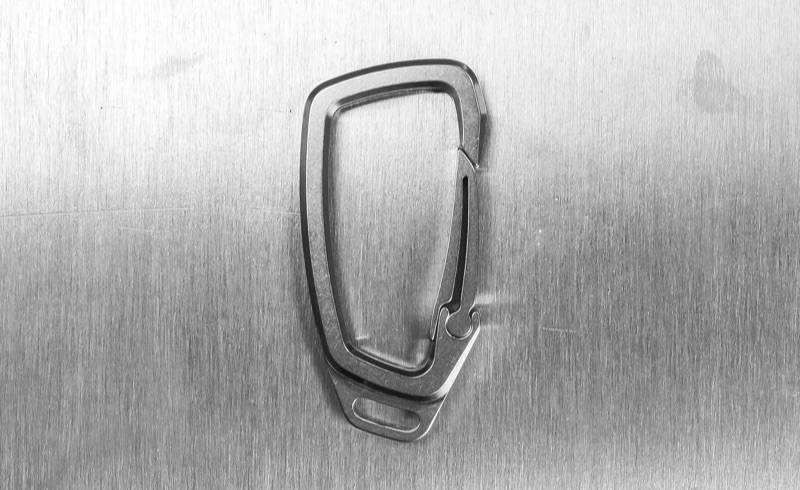 P.S. Remember, the deal above is only available to you RIGHT NOW and will unlikely to ever be available again at this price. Grab yours by clicking the "Order Now" button above! 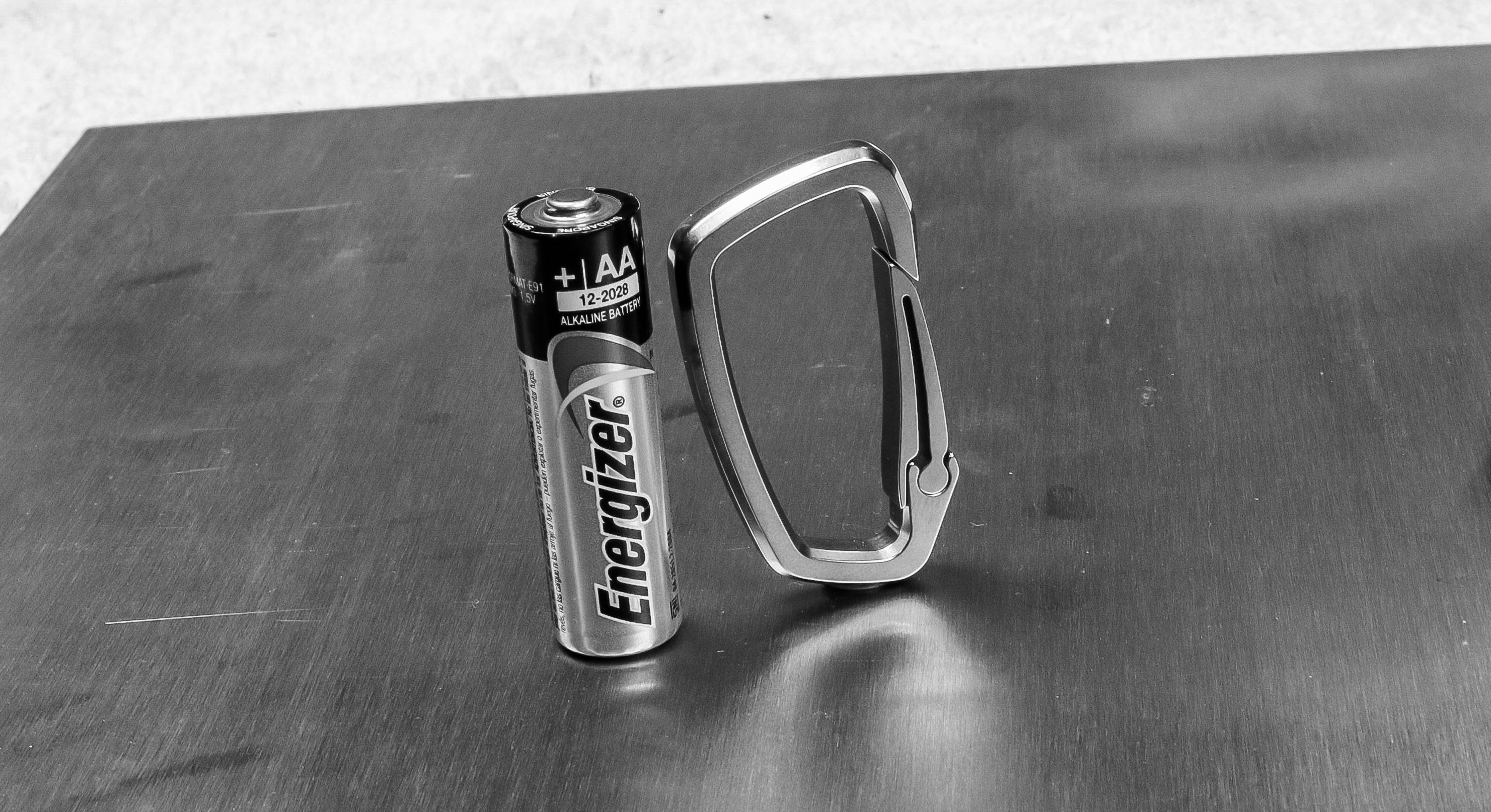 When Will My Order Ship?

We have these in stock (and are making some more as I type this) - so shipping should be almost right away.
Do You Make These Yourself?

Yes, of course! From importing the raw titanium to here in New Zealand ...all the way through to CNC machining ...and on to the final surface finishing process ...it's all done 100% in my workshop. 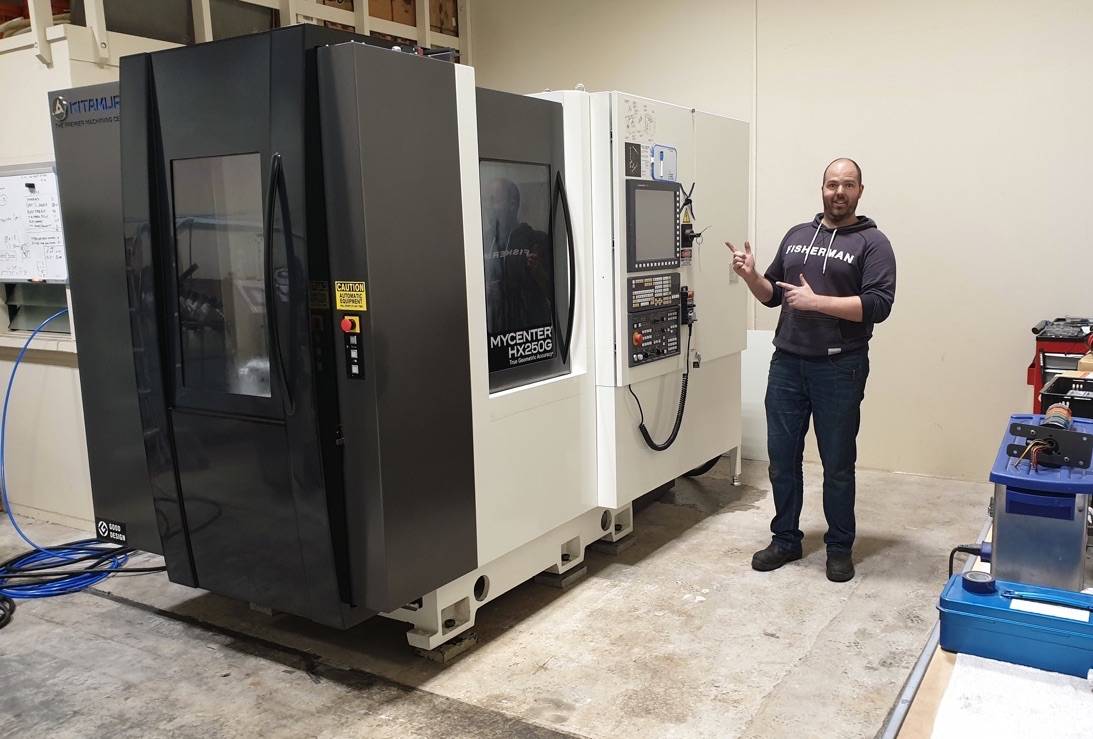